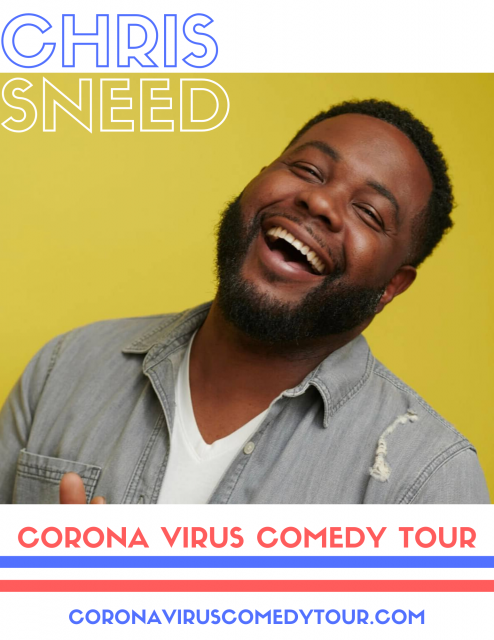 Laugh with comedian, Chris Sneed, as he shares his experiences during the worldwide corona virus quarantine.

The Los Angeles native, which is a rarity to the Hollywood comedy scene, has a super-sharp quick-wit that he displays onstage "in the moment" that matches the quality of a comedy bit that most stand-up comics spend their entire life developing. This along with his true-to-life material, generates some of the most unique premises an audience will ever see.

These attributes have lead Chris to success, playing to audiences of legendary venues, like the 3,000 seat plus Sacramento auditorium.

Chris has made television appearances on the hit series like "Who's Got Jokes" with Bill Bellany, "Funny AF" on the cable network Revolt TV and his self-produced theatrically released film "Exiting the Life". Chris is the current host of the famous Los Angeles Comedy Union (every Saturday night) and has performed at some of the most prestigious comedy clubs in America.